Home>Company>History
The Journey of Hanon Systems For more than 30 years, Hanon Systems has grown as a technology innovator by continually adapting to industry trends and exceeding customer expectations. The company that formed in 1986 as a traditional automotive climate supplier has grown dynamically in its technology breadth, technical expertise and global reach to become what is Hanon Systems today, a full-line thermal and energy management solutions provider. The history of Hanon Systems is one of growth, which has been made possible by its unwavering commitment to support its customers, employees, shareholders and the communities where it operates. There is pride in the company’s legacy and its achievements, and there still exists an undeniable passion for the journey that lies ahead.

Building a Sustainable Future (2018 to Present) 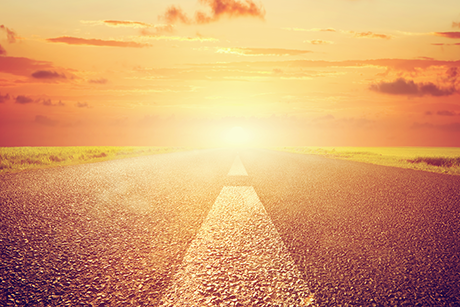 The industry shift toward eco-friendly vehicles represents a significant opportunity for Hanon Systems. With its sharp focus on accelerating growth, enterprise excellence and a customer-focused mindset to deliver shareholder value, Hanon Systems continues to see its business grow, particularly in solutions for electrified vehicles. With an eye on the future, the company remains diligently focused on implementing continuous improvement actions to achieve operational excellence and delivering eco-friendly automotive thermal and energy management solutions.

The newly consolidated businesses that became HVCC launched the birth of a global powerhouse in the automotive climate sector. What were two companies became one, and the importance of leveraging operational synergies and building a sustainable framework was center-stage. The company focused on its glide path to build shareholder value and sustainable growth, and in late-2014 completed the acquisition of the thermal and emissions business from Cooper Standard. This new business laid a solid foundation to help the company further grow its know-how and automotive business in fuel-efficient thermal management solutions and modules. That same year Visteon Corp. announced its intention to sell its equity stake in HVCC. That deal was complete in mid-2015 when Hahn & Co. Auto Holdings became the majority shareholder and the company’s name changed to Hanon Systems. In 2016, the company celebrated its 30th anniversary. It also was named to Forbes Asia list of top companies in Asia; and received the IR52 Jang Young-Shil for its triple-zone HVAC and two New Excellent Technology (NET) certificates: for its deodorizing air conditioning technology and centrifugal air compressor. 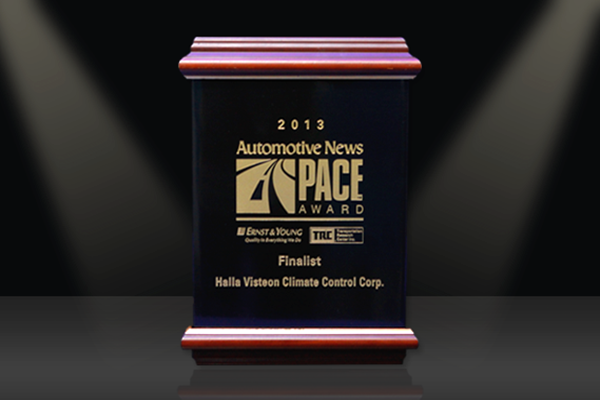 The early-2010s, HCC continued to grow its business with a focus on delivering value-add technology. In 2011, HCC’s Turkey operation in Gebze was awarded the quality 5-star certification from Hyundai-Kia Motor Company (HKMC); and the company received the Green Management Award in Korea supporting its commitment to developing eco-friendly solutions and environmental manufacturing that same year. In 2012, the subsidiary in Chennai, India received the “Best Contribution Award” by Hyundai Motors India, and the Bhiwadi plant in India received the Shingo Silver Medallion for operational excellence. In Korea in 2012, the Pyeongtaek plant in Korea produced its 50 millionth compressor and the company received two New Excellent Technology (NET) certifications: HVAC miniaturization technology for the sliding door and the high voltage cooling fan module for fuel cell vehicles. In early 2013, majority owner Visteon Corp. consolidated its global climate business with HCC to formally combine the strengths of two highly regarded businesses creating the second largest automotive climate supplier in the industry. Known then as Halla Visteon Climate Control (HVCC), the combined businesses launched a new era and a new path of growth with a bright future. 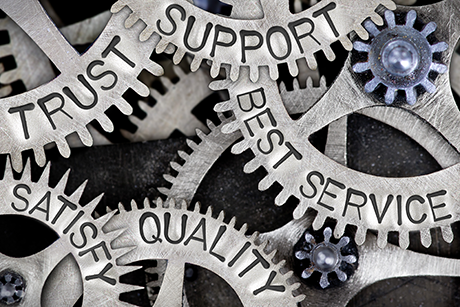 By the early-2000s, HCC had become globally recognized in the automotive climate systems market and was repeatedly lauded for its high quality solutions. In 2002, Hyundai-Kia Motor Company (HKMC) named HCC “Supplier of the Year,” and the company was certified to ISO/TS 16949 quality compliance standards. In 2004, HCC was named by Forbes magazine to its “Best under a Billion” list for the third consecutive year. In 2007, HKMC awarded HCC its first quality 5-star certification for Daejeon and Pyeongtaek, and the company also won its first Automotive News PACE Award for its wavy blade fan and shroud technology that same year. HCC gained the environmental E11 mark from the European Union’s vehicle certification agency (VCA) in 2008, the same year sales reached $1 billion. For technology, the company received the IR52 Jang Young-Shil Award for its variable swashplate compressor (2006); its cluster ion generator to improve cabin air quality (2009); and its rotary suction compressor (2010). HCC also received New Excellent Technology (NET) certification in 2010 for its high voltage PTC heater for electric vehicles. 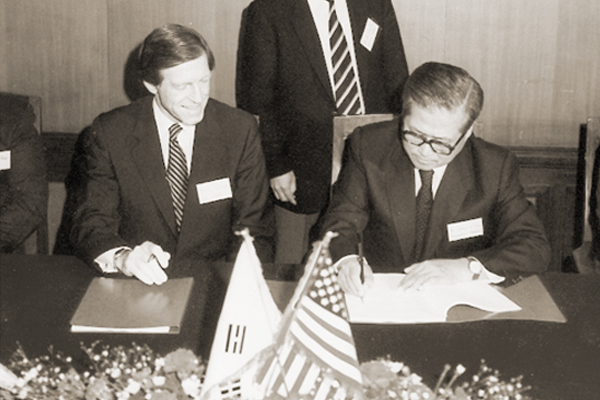 Halla Climate Control Corp. (HCC) was formed in 1986 as a joint venture between Ford Motor Co. and Mando Machinery Corp. In 1989, the company established its first research and development center in Daejeon, Korea. In the same year, HCC launched its first manufacturing operation outside of Korea in Ontario, Canada. In 1999, Ford transferred its majority equity stake in HCC to Visteon Corp. In this same year, the company was recognized by General Motors with its prestigious “Supplier of the Year” award. During this period the company continued to grow, establishing its compressor operation in Pyeongtaek in 1991 and opening its Thailand operation in Rayong in 1996.